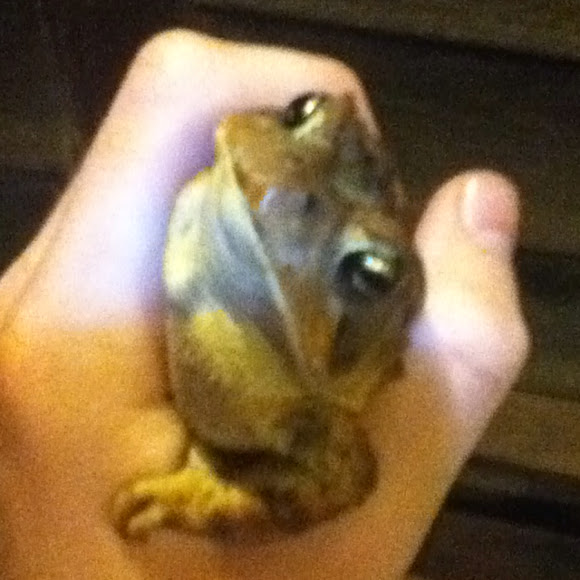 It was about the size of my palm. It had lots of bumps on its back, which were a very dark brown. (Later on, we found a baby one that was much smaller and lighter in color.)

We named it Chase :) We let him and his little friend go after a few minutes.