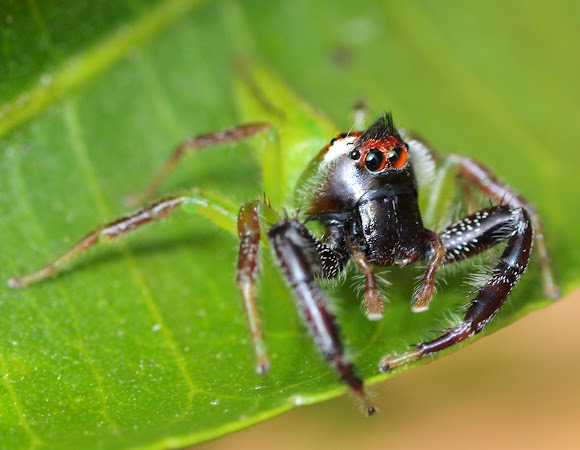 An unusually large and complex salticidae spider. The female of this species can grow up to 18mm in length. The female is more of a green colour than males, which tend to have hints of red throughout.

Found in Queensland, Northern New South Wales and Eastern Northern Territory. This salticidae spider is known to build a retreat.

Diet: The Green Jumping Spider is a diurnal hunter and uses vision to stalk its prey. Miscellaneous: Males and females of this species are easy to tell apart, with the male having 'white whiskers' . The whiskers being the ppenicillatus. The females are usually a more thorough green colour than the males.