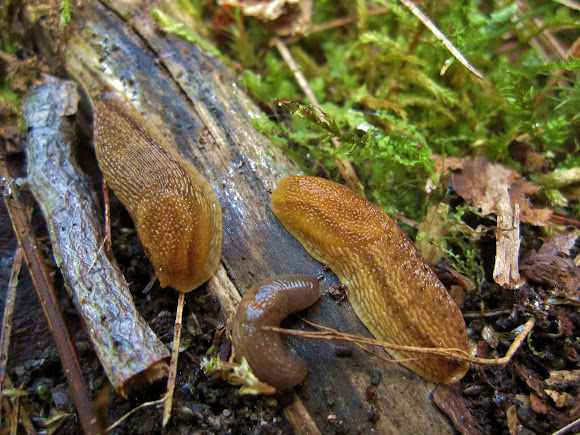 The Orange-banded Arion is a species of air-breathing, completely shell-less, land slug. Arion fasciatus are originally from Northern Europe, but spread to other cool, wet climates, including the British Isles, Canada and the Northern United States. They originally got across the Atlantic Ocean during the colonial era. These slugs are generally found in ecotonal habitats.