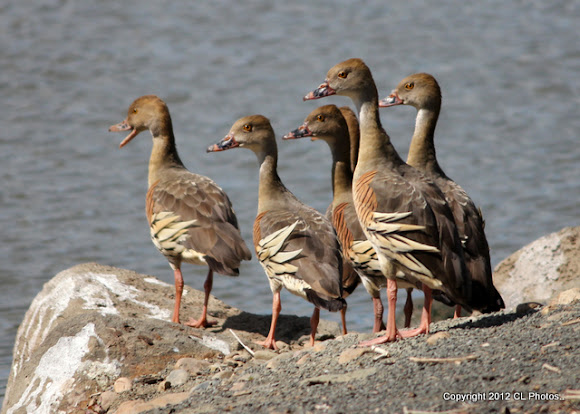 Inhabits grasslands near water, not far from swamps, lakes, floodplains or dams; occasionally in estuarine areas. Grazes mostly at night on short vegetation of plains and margins of wetlands; rests in large groups on the ground near water for most of the day. Roosting flocks give an almost continuous chittering noise interspersed with high whistles. Alarmed flocks also whistle. Soft whistle used between nesting pairs. In flight, wind across the wings causes a different whistle.

A common bird which migrates to regions of optimum conditions.