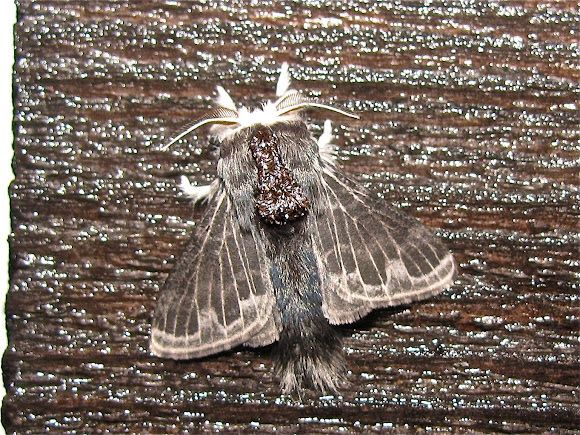 A subtly beautiful moth! It had blue near the end of its body, and pure white arms and head. The beautiful marking of the back of the head is actually as series of reflective scales typical and distinctive of the genus Tolype.

Wow - lovely little moth! Perfect backdrop for it too.

Thank you very much, Claire! This is one of my favorites!

Hey, this is nice! Those scales are weird and a good characteristic for ID.

Thanks so much Leuba! It was quite a little gem of a moth!

Is the blue marking characteristic of anything?

Thanks John! I am so happy to put a name to this beauty!

What species of Tolype could it be? http://bugguide.net/node/view/325