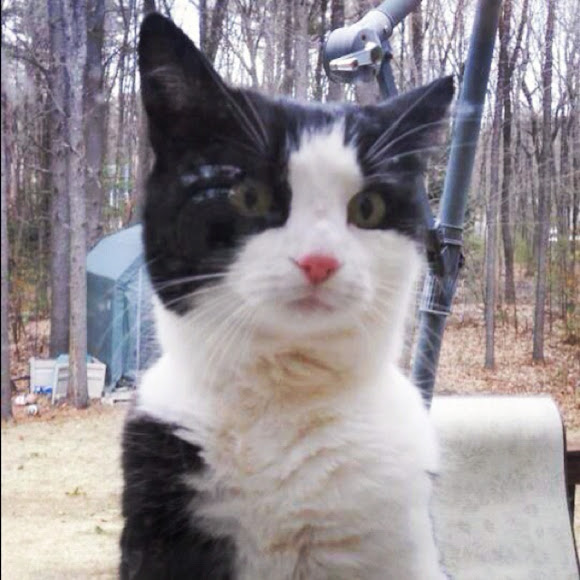 Cats are small, usually furry, domesticated, carnivorous mammal. It is often called the housecat when kept as an indoor pet, or simply the cat when there is no need to distinguish it from other felids and felines. Cats are valued by humans for companionship and ability to hunt vermin and household pests. They are primarily nocturnal. Cats are similar in anatomy to the other felids, with strong, flexible bodies, quick reflexes, sharp retractable claws, and teeth adapted to killing small prey. As crepuscular predators, cats use their acute hearing and ability to see in near darkness to locate prey. Not only can cats hear sounds too faint for human ears, they can also hear sounds higher in frequency than humans can perceive. The usual prey of cats (particularly rodents such as mice) make high frequency noises, so being able to pinpoint these faint high-pitched sounds gave cats' ancestors an evolutionary advantage. Cats also have a much better sense of smell than humans. Despite being solitary hunters, cats are a social species, and cat communication includes the use of a variety of vocalizations (meowing, purring, trilling, hissing, growling and grunting) as well as pheromones and types of cat-specific body language.

They are found nearly anywhere in the world as house cats and each breed prefers different habitats. They are believed to have been first domesticated in ancient Egypt where they were worshiped.

There are so many cats in Japan that when they are found they are disposed of. Eyeliner was made from ancient Egyptians and got there inspiration from cats eyes In each ear there are 32 muscles and the ear is able to swivel all around Feral cats are cats that have had no contact with humans and act viscous towards us