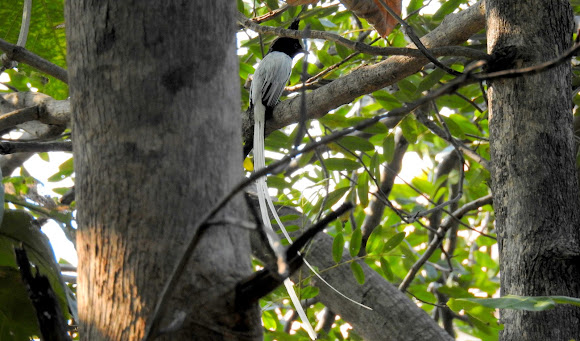 Males have elongated central tail feathers, and a black and rufous plumage in some populations, while others have white plumage. Females are short-tailed with rufous wings and a black head. Indian paradise flycatchers feed on insects, which they capture in the air often below a densely canopied tree.