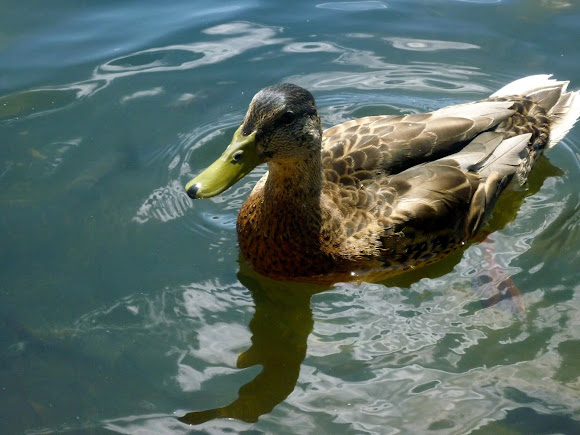 The Mallard is widely distributed across the Northern Hemisphere, North America from southern and central Alaska to Mexico, the Hawaiian Islands, and across Eurasia, from Iceland and southern Greenland and parts of Morocco (North Africa) in the west, Scandinavia to the north, and to Siberia, Japan, and China in the east. It is strongly migratory in the northern parts of its breeding range, and winters farther south. For example, in North America it winters south to Mexico, but also regularly strays into Central America and the Caribbean between September and May. Anas in this picture live on one of our glacial lakes (Strba lake) in our rockies (High tatras), they are here only during the summer.

Hi alzbeta.kolenicova, and welcome to Project Noah! Please place the scientific names for you spottings in the Scientific name field and not in the Common name field, as this causes them to appear on the Unidentified list. As common name you can use an English name or a name in your your own language. We love to get descriptions of habitat as well! Thank you!