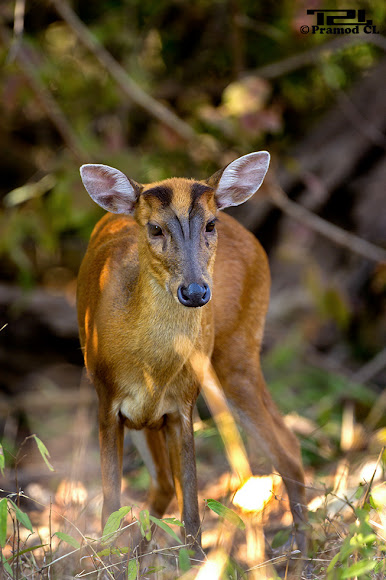 The Indian muntjac, also called the red muntjac, common muntjac or barking deer, is the most numerous muntjac deer species. It has soft, short, brownish or greyish hair, sometimes with creamy markings. It gets its nickname 'barking deer' because of their barking like dogs when threatened.

The Indian muntjac is among the most widespread but least known of all mammals in South Asia. Their diet consists of leaves, grasses, shoots, and fallen fruit. Muntjacs are considered a very primitive kind of deer,