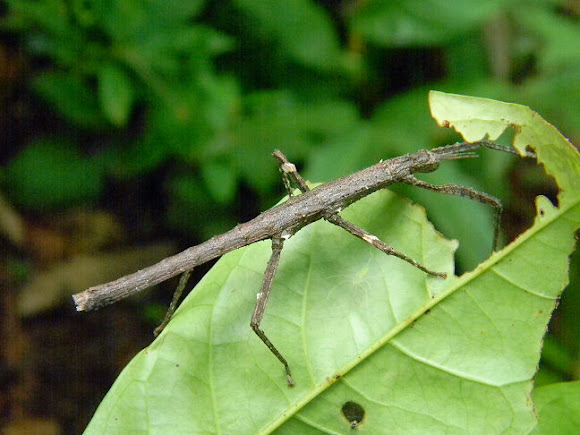 Unidentified stick insect with short antennae and some interesting white bars on its upper legs. "As its name suggests, the stick insect resembles the twigs among which it lives, providing it with one of the most efficient natural camouflages on Earth. It and the equally inconspicuous leaf insect comprise the order [Phasmatodea], of which there are approximately 3,000 species. Found predominantly in the tropics and subtropics—although several species live in temperate regions—stick insects thrive in forests and grasslands, where they feed on leaves. Mainly nocturnal creatures, they spend much of their day motionless, hidden under plants." http://animals.nationalgeographic.com/an...