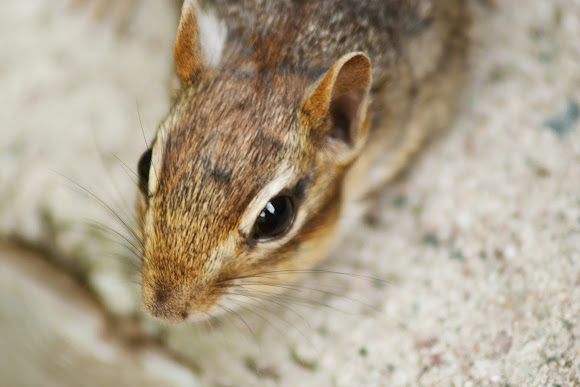 Bigger than a mouse, smaller than a gray squirrel. About the same size as an American red squirrel. They are rather daring, and you can easily earn their trust if you have some peanuts laying around. I've also found that they seem to be less destructive that their counterparts -- they might come into the cabin, and steal food if we've been careless enough to leave it out, but they don't seem to nest inside, or destroy furniture/bedding to make nests.

Diverse woods near a small lake. This little guy is on the wall of the cabin.