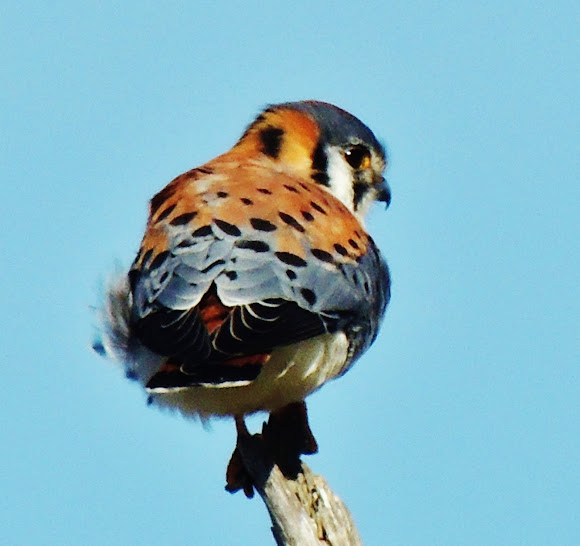 The American Kestrel is a falcon with a rusty brown back and tail. A white breast with dark spots. Double black vertical lines on white face. Blue gray wings. The female is similar but slightly larger.

This American Kestrel falcon was spotted at the Grayton Beach State Park in Santa Rosa Beach, Florida. According to one of the rangers, it is a year-round resident (there are a pair of them). I really enjoyed watching it hover before diving.

Thanks. I think so too. I really enjoy watching it.