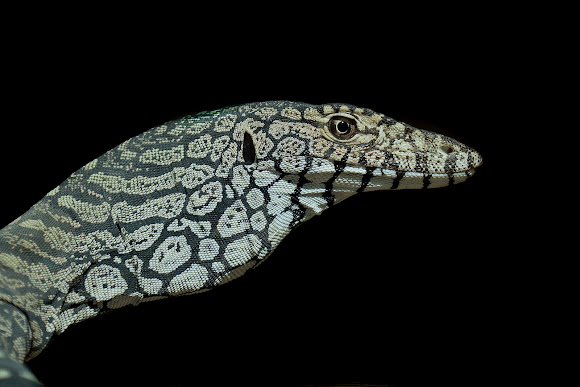 The largest monitor species in Australia but an increasingly rare sight. These large monitors have exquisite patterning (as seen in this sub-adult) which fades as they mature. One of the most beautiful species of monitor I have been lucky enough to see. This one was encountered on the outskirts of Coral Bay, Western Australia.

WOW! What a beauty! It such a terrific photo.

Wow, that is a very nice photo of a fantastic lizard. Congratulations.

Nice portrait Kristian! Please can you provide some info on the spotting of this unusual reptile. Thanks!

No story? Has he just finished lunch or is the black speck his ear?