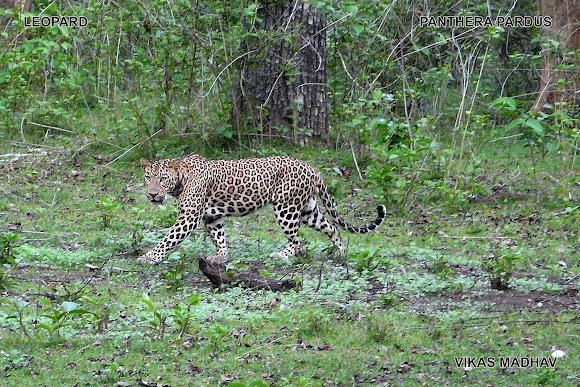 It is a large cat with black paw like spots.The body is yellow.

The leopard was once distributed across eastern and southern Asia and Africa, from Siberia to South Africa, but its range of distribution has decreased radically because of hunting and loss of habitat. It is now chiefly found in sub-Saharan Africa; there are also fragmented populations in the Indian subcontinent, Sri Lanka, Indochina, Malaysia, Indonesia, and China. Because of its declining range and population

they can be easliy seen in INDIA in- 1. nagarhole 3. bandipur 3. mudumalai 4. mundanthurai