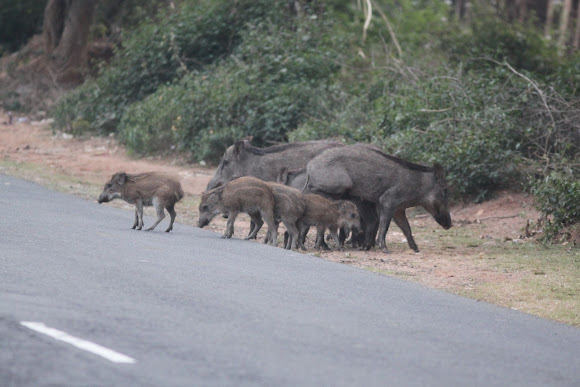 it is a brown animal. it has a long snout

Wild boar are native across much of Northern and Central Europe, the Mediterranean Region (including North Africa's Atlas Mountains) and much of Asia as far south as Indonesia. Populations have also been artificially introduced in some parts of the world, most notably the Americas and Australasia, principally for hunting. Elsewhere, populations have also become established after escapes of wild boar from captivity

the feed on anything they can get there hands on .In topslip (a place in Tamil Nadu-South India.)they even feed on plastic