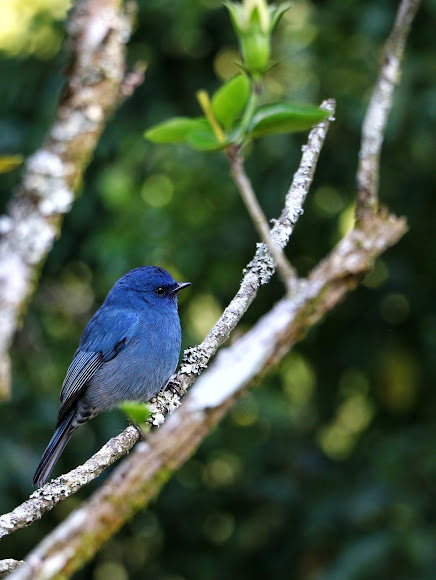 It's been a year since I moved to this place that's pretty close to the forest. I had first spotted these birds last October and they disappeared by March. I feared that I may have done something wrong or probably disturbed them in some way because I hadn't been able to spot a single one until October again this year. Now I know that their appearance and disappearance coincided with the fruiting of the champaka trees in the garden. The aril covered green fruits turn black and split open, exposing several small, pink seeds which many birds seem to be fond of, especially the Nilgiri flycatcher. It's easy to spot at least 8-10 individual males and females near the trees. The 4th image shows it perched on a branch with the fruits.

Congratulations on your SOTD, such vivid colouration. Thanks for sharing.

Greyson Smida a year ago

Arun a year ago

Thank you Daniele and Michael!

Congratulations Mohammed, your Nilgiri flycatcher is our Spotting of the Day! We love a spotting with multiple good shots and personal observations! A job well done on this little jewel.