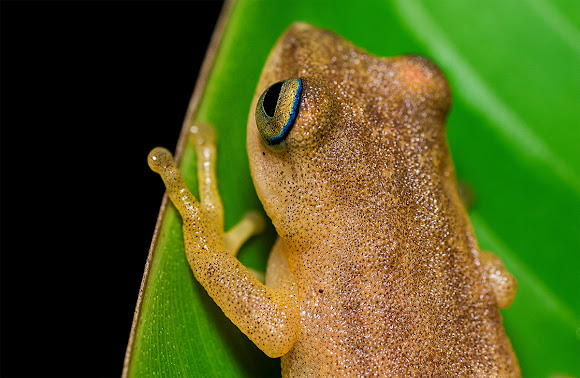 Blue eyed bush frog are endemic to southern western ghats of the state of Karnataka. They are already listed as Endangered on the IUCN Red List. Their numbers are decreasing fast due to habitat loss from agriculture and urbanisation.

Found on trees varying in elevations between 500-700 metres.