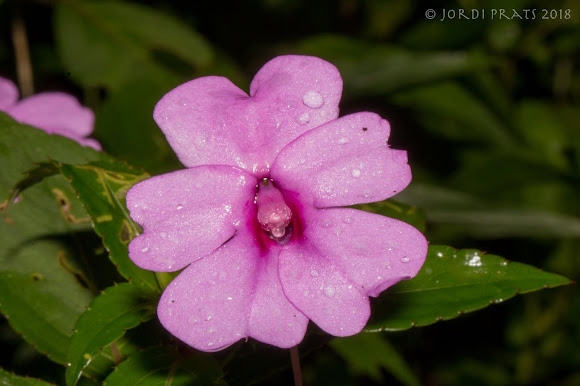 Pink leaves, the crown consists of five petals, of which the lateral pairs are fused each.

Spotted during a morning walk at Kebun Raya Cibodas, a 80ha area above 1.400 metres high, mix of botanical park with big trees & palms and surrounded by rainforest at the foot of Gene volcano, Java - Indonesia. Widely distributed throughout the Northern Hemisphere and the tropics