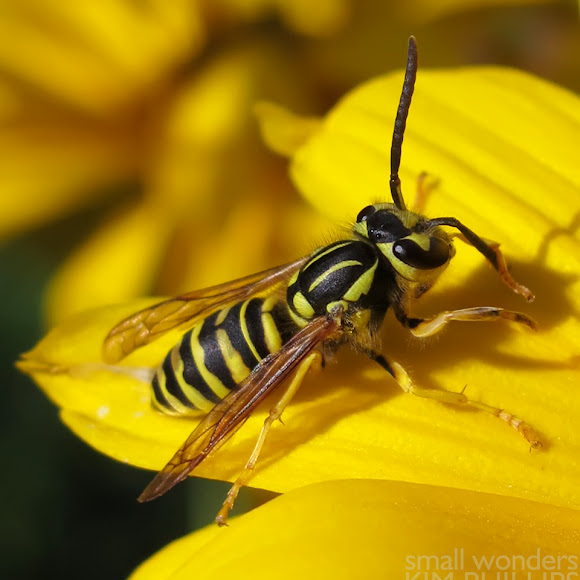 The Southern yellowjacket can be distinguished from other eastern North American species by the yellow longitudinal stripes on the thorax. Queens of V. squamosa are extremely large and are temporary parasites of other yellowjacket species. The queens will kill the host queen and adopt the host workers to raise her young. The host workers will eventually die off after the colony has been established by squamosa workers.

This is not a common yellowjacket species in Michigan.

My apologies: Administrators have changed "Wasps of the World" to a local mission, "Wasps of Colorado, USA." Please consider adding to this one: http://www.projectnoah.org/missions/9004..., "Hymenoptera of the World." Thank you.