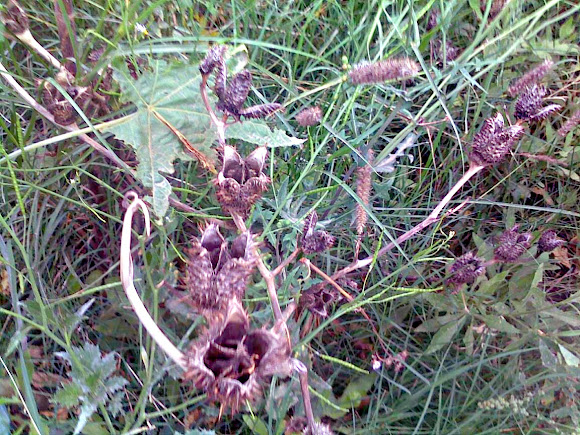 Datura stramonium, known by the common names Jimson weed or datura is a plant in the Solanaceae (nightshade) family, which is believed to have originated in the Americas, but is now found around the world. For centuries, datura has been used as an herbal medicine to relieve asthma symptoms and as an analgesic during surgery or bonesetting. It is also a powerful hallucinogen and deliriant, which is used spiritually for the intense visions it produces. However the tropane alkaloids which are responsible for both the medicinal and hallucinogenic properties are fatally toxic in only slightly higher amounts than the medicinal dosage, and careless use often results in hospitalizations and deaths.