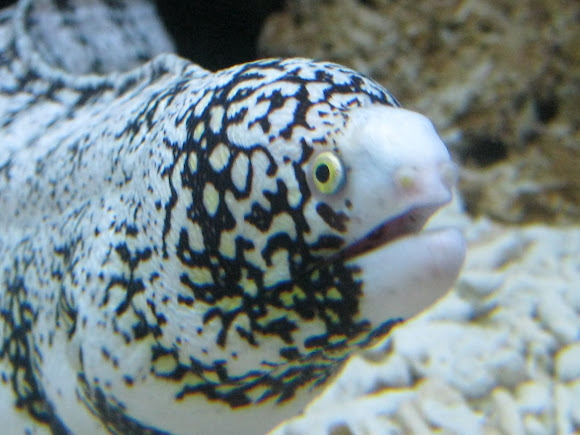 The snowflake moray, also known as the clouded moray is a moray eel of the family Muraenidae, found in the Indo-Pacific oceans and throughout Micronesia. The species is also found in the eastern Central Pacific from southern Baja California, Mexico, and from Costa Rica to northern Colombia, at depths of between 2 and 30 metres (7 and 100 ft). Its length is up to one metre.

Photo taken at an ocean park

Thanks jimmy76 and Gerardo!

Very cool one i have never seen one :)