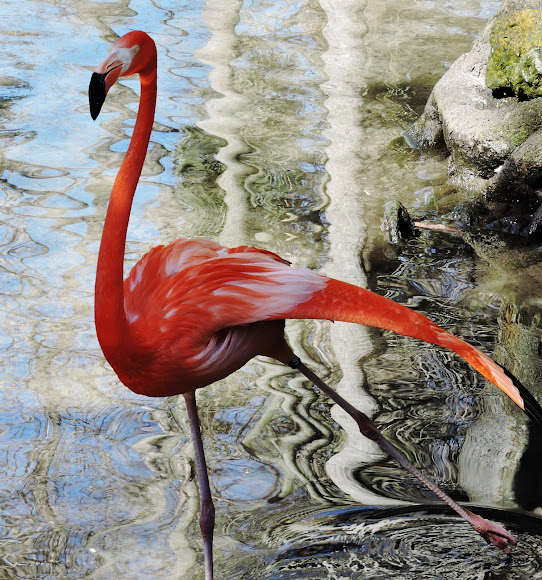 This American Flamingo (and others) reside at the Ellie Schiller Homosassa Springs Wildlife State Park, Homosassa, Florida. The American flamingo is a deeper pink in coloration than most other species of flamingo, largely due to its increased diet of beta-Carotene rich substances. While they are the largest flamingos found in America, they are slightly smaller than the great flamingos. Standing at about forty-seven inches, they are tall enough to stand above the surface of the waters in which they hunt. Before they were called the American flamingo as a universal namesake, they were commonly known as the Rosy flamingo, because of the rich and deeper pink colorations around the plume and feathers.