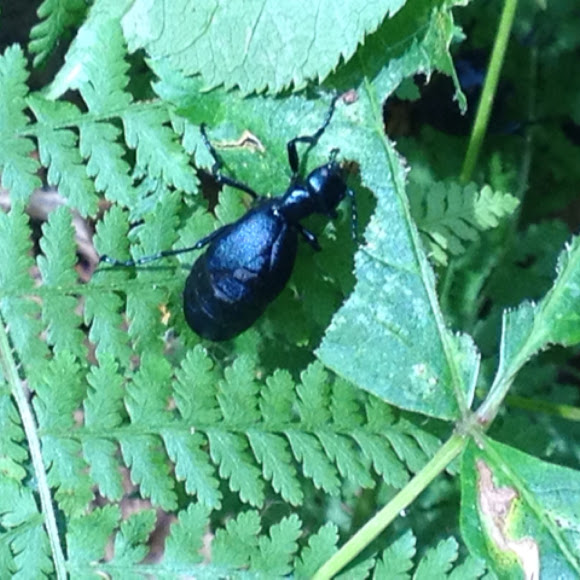 Black to navy blue almost metallic. Looks like a large ant beetle. Found on the side of a trail crawling around the small plants and brush. There were about 6-8 beetles crawling around, a few appeared to be mating.

I saw this beetle in Peacham, VT