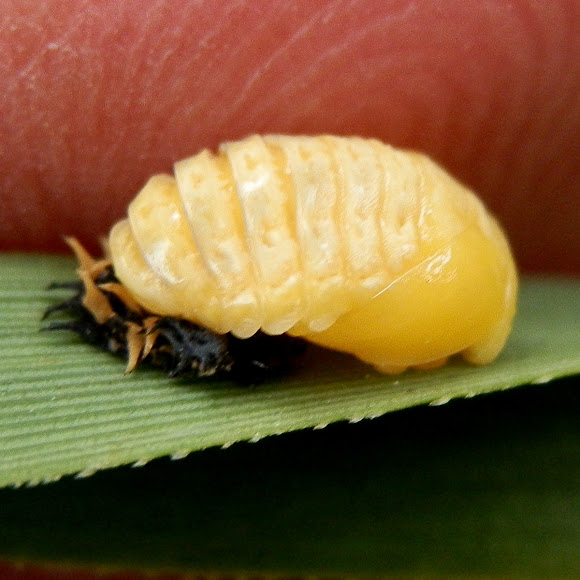 This is a ladybird larva (fourth instar) undergoing pupation. In pic 2, the rear end of the larva is still visible as thin black and yellow filiform structures while the rest of the body is preparing for transformation into a pupa. From time to time, the whole body of the pupa was raised to an erect position while the rear end remained stuck to the leaf surface (pic 4). The structure was about 5 mm long.

Spotted on a leaf blade ( Gahnia)

Thanks Vinny. Finding all the different stages of life cycles is far more interesting and exciting for me than shots of the adults alone. Very lucky to see this one.

Awesome shots Leuba, such an amazing transformation, so different to our own life cycle.