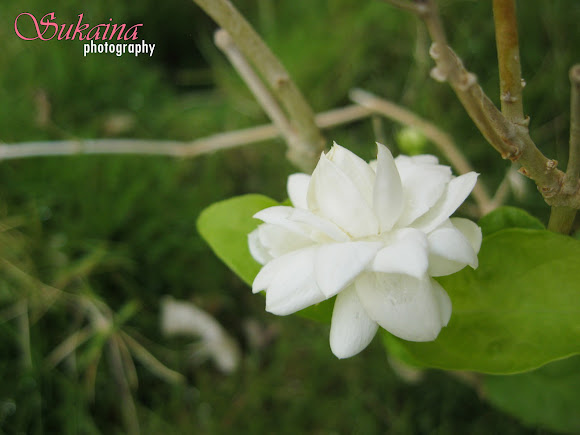 It is a small shrub or vine growing up to 0.5 to 3 m (1.6 to 9.8 ft) in height. It is widely cultivated for its attractive and sweetly fragrant flowers.(wikipedia)

The habits of Jasminum sambac support a native habitat of humid tropical climates and not the arid climates of the Middle East. Early Chinese records of the plant points to the origin of Jasminum sambac as eastern South Asia and Southeast Asia. Jasminum sambac (and nine other species of the genus) were spread into Arabia and Persia by man, where they were cultivated in gardens. From there, they were introduced to Europe where they were grown as ornamentals and were known under the common name "sambac" in the 18th century.(wikipedia)