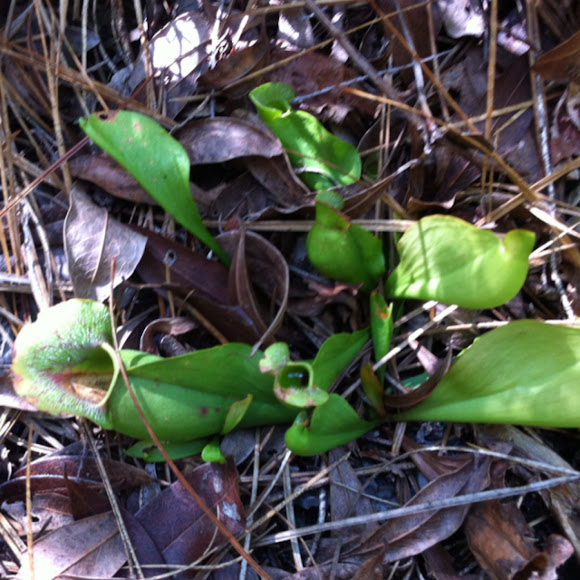 Like other species of Sarracenia, S. purpurea obtains most of its nutrients through prey capture. However, prey acquisition is said to be inefficient, with less than 1% of the visiting prey captured within the pitcher. Even so, anecdotal evidence by growers often shows that pitchers quickly fill up with prey during the warm summer months. Prey fall into the pitcher and drown in the rainwater that collects in the base of each leaf. Prey items such as flies, ants, spiders, and even moths, are then digested by an invertebrate community, made up mostly by the mosquito Wyeomyia smithii and the midge Metriocnemus knabi. The relationship between W. smithii and S. purpurea is an example of commensalism. (Wikipedia).

a carnivorous plant in the family Sarraceniaceae. Its range includes almost the entire eastern seaboard of the United States, the Great Lakes, and south eastern Canada, making it the most common and broadly distributed pitcher plant, as well as the only member of the genus that inhabits cold temperate climates. The species is the floral emblem of the Canadian province of Newfoundland and Labrador. (Wikipedia)

It was at Green Swamp. Just North of Supply, NC.

What part of NC was this?