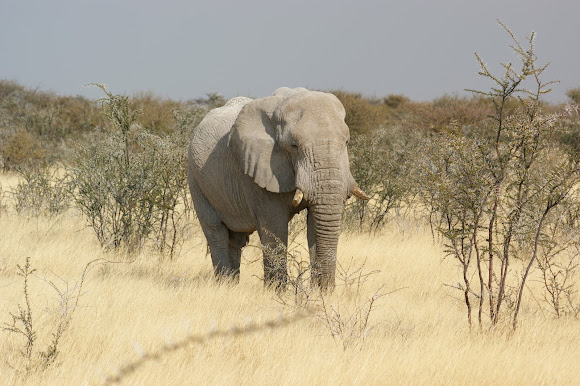 The African elephant is the largest living terrestrial animal. Its thickset body rests on stocky legs and it has a concave back. Its large ears enable heat loss. Its upper lip and nose forms a trunk. The trunk acts as a fifth limb, a sound amplifier and an important method of touch. The African elephant's trunk ends in two opposing lips.

The African elephant can be found in Eastern, Southern and West Africa, either in dense forests, mopane and miombo woodlands, Sahelian scrub or deserts.

No problem Larry, is done !!
Thanks

Hi Isabella,
Could you add this African Elephant to the Endangered species of the World mission?
http://www.projectnoah.org/missions/1399...
Thanks!

Thanks Martin and Team Brinez 1 !