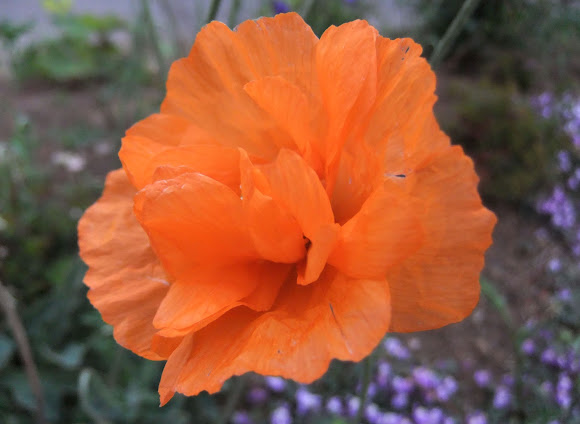 A hardy perennial plant that produces papery flowers typical of the poppies. They are actually most commonly white, but I also came across orange (as pictured), red and yellow variants. Very common around Reykjavik, found growing in the cracks of pavement etc. Also commonly cultivated as a garden plant. Contains toxic alkaloids.

Native to sub-polar Europe and North America. I found these pretty much everywhere in Iceland, growing at roadsides, in pavement cracks, etc. The flowers pictured here were found growing at the side of Tjornin Lake.

These flowers were hard to get a good picture of because it was often windy! The petals are papery so move around in the wind a lot, as well as having very long, bendy stems. Beautiful flowers though.