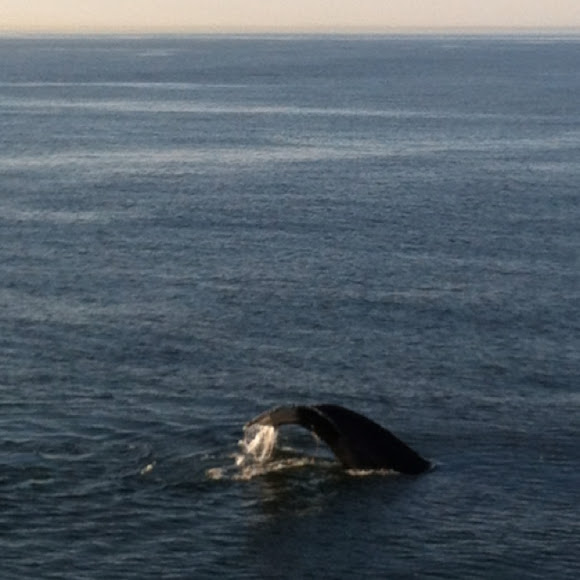 A male individual as per the naturalist on board the whale watching vessel.. It was with one other male.. His name eludes me and they both came upon a quite larger female which never got identified.. Gemini parted company from his male friend and followed the female..

Off the Mount Dessert RockLighthouse.. Maine

The encounter lasted for about an hour with multiple sightings for all three and multiple dives.. Mount Desert Rock is a remote, treeless island situated approximately 25 nautical miles south of College of the Atlantic, in Bar Harbor, Maine. Since the early 19th century the island has had a light tower, and various buildings to house light-keeper families. In the 1950s the island was occupied by the United States Coastguard. Now it is the home of the Edward McC. Blair Marine Research Station.