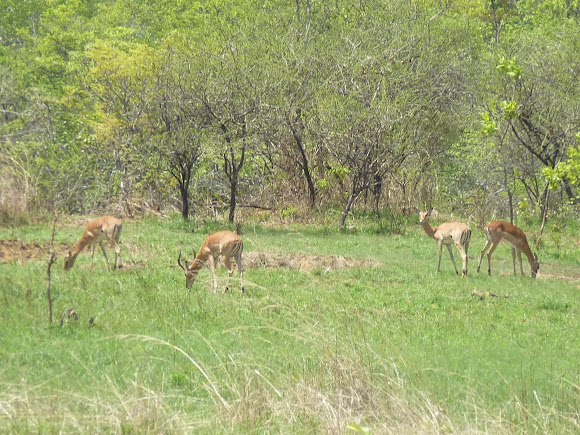 A medium sized African antelope that is also known as the "McDonalds of Africa" due to their often large numbers in game reserves and the M-shaped black markings on their rump.

Although impala are common in most African game reserves, this is not the case in Kasungu National Park. So we were really happy to spot this group one day, which included two juveniles.