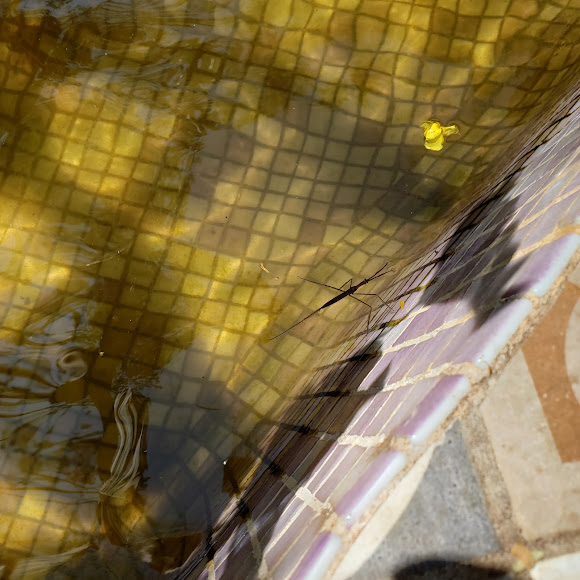 While the water stick-insect does resemble the terrestrial walking stick insect in many ways, the two are not at all closely related. They are both insects, of course, but that’s as close as they get, taxonomically. They are not only in different insect families, but completely different insect orders as well. In fact, they are more closely related to assassin bugs and ambush bugs, and use a similar strategy for subduing and eating their food. All three pierce their prey with sharp beaks and inject saliva that both paralyzes and liquefies the inside of the hapless creature. Water stick-insects feed on insects, but also tadpoles and small fish.

There are around 100 Ranatra species found in freshwater habitats around the world, both in warm and temperate regions, with the highest diversity in South America and Asia.

Ranatra is a genus of slender predatory insects of the family Nepidae, known as water scorpions or water stick-insects. Nepidae (order Hemiptera) a true bug