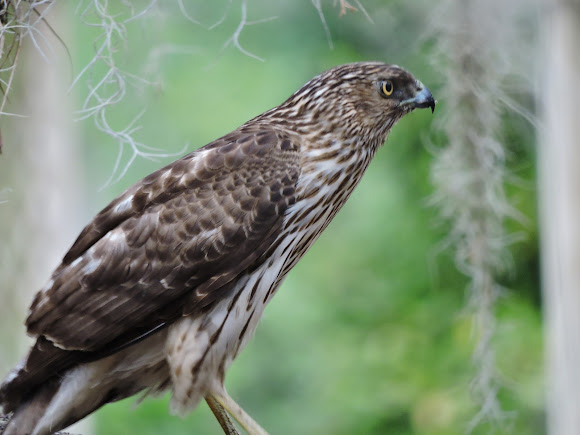 Juvenile Cooper’s hawks have a yellow eye that will gradually darken to orange and then red as they mature. They have a white chest and abdomen heavily marked with brown “drips” that grow thinner and taper off lower on the body. Both adult and juvenile Cooper’s hawks have a “barrel” shape with the shoulders and hips of similar widths. The juvenile Cooper’s hawk has a noticeably long tail marked with three dark bars on the underside. Tail Tip: The tip of the juvenile’s tail is also rounded with a prominent white terminal band that may show varying degrees of wear.