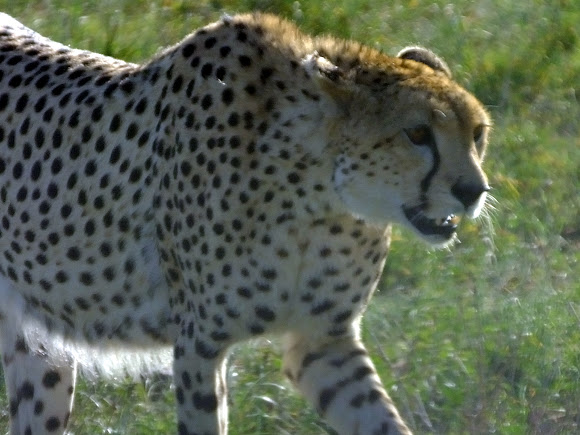 One of the African big cats, the cheetah is a distant relative of the N American cougar. The cheetah doesn't have retractable claws as climbing is not it's primary need, and indeed, the cheetah is the fastest land mammal. Instead its claws are doglike to allow for traction in running

One of our guides(we were in a group of 14 spread between three landcruisers) found this cheetah signaling to all of us. He was very excited - as were we. She was in absolute prime condition