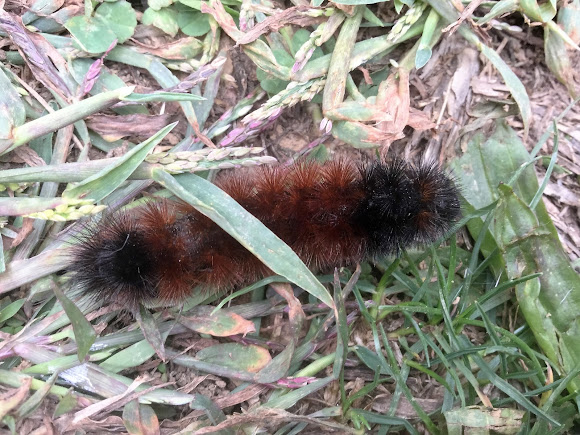 The Wooly Bear, also known as the Wooly Worm or Pyrrharctia Isabella, is a bristly caterpillar that is about 1 ½ inches in length. It has black stripes on either end with a reddish-brown stripe in the middle. This caterpillar also curls into a ball when touched. Fun Fact: During late summer and early fall we often see them crossing the road. Rumor has it that that the length of the center stripe can predict the harshness of winter. Small stripes mean a harsh winter while large stripes predict mild. We don’t know if this is true though. Speaking of winter, it can be found in many cold regions, including the Arctic. Fun Fact: As they mature, the black stripes give way to the red-brown middle one, indicating that they are ready to go into the chrysalis stage. When it emerges, it will be the Isabella Tiger Moth. As for the diet, it eats mostly weeds consisting of dandelions, clover, and other grasses, but it won’t harm wanted plants.

It can be found in many cold regions, including the Arctic.