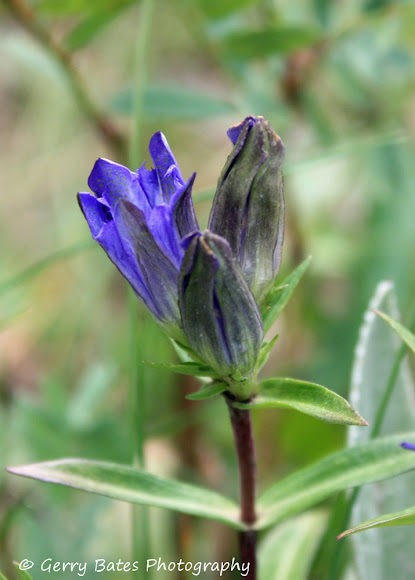 "Late-flowering perennial from a scaly rootstock; stems leafy, usually several together, with a terminal cluster of two or three pairs of short-pedicelled flowers."