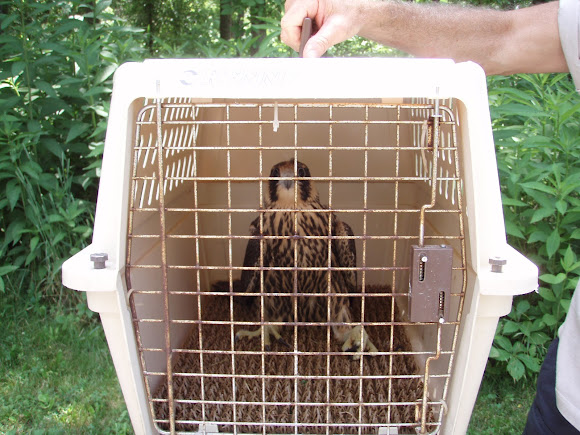 I ran into a wildlife rehabilitator while working in the Cuyahoga valley who was releasing this peregrine back into the wild. It had fallen out of its nest high up on the 80 bridge over the valley. When the birds are first fledging, they have to be able to get back to their nests on the first flight as they don't have the power to get back up that high on their own. In the case of this bird, it had to be captured from the ground and released from the top of the bridge a number of times before it got the hang of it.

Yes, I did. Unfortunately I didn't get any pictures.

Were you able to see the release? This could be added to the wildlife rescue and rehabilitation mission: http://www.projectnoah.org/missions/9974...