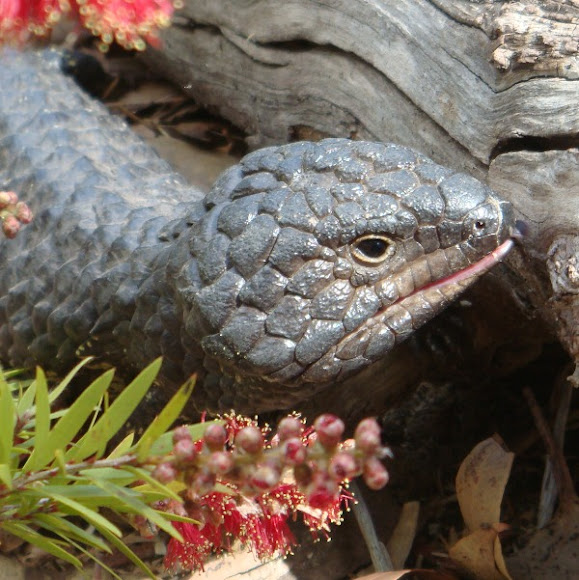 Also known as the 'bobtail' skink or 'sleepy lizard'. This guy came to us through WIRES in October 2008 - he was found in inner Sydney after someone ran over him with a wheelie bin. He had a blind eye and some respiratory issues. Shinglebacks are not native to the eastern coast of Australia (they live in the arid to semiarid regions of southern and western Australia) so he was probably an escaped or dumped pet. This meant that he could not be released into the wild and, as a result, we ended up keeping him as a pet on my husband's reptile licence. He had a lovely nature and we named him Darwin. Sadly he passed away last year. I've dated this spotting from the date I took the primary photo, which is my favourite pic of him - I'll add some other pics when I find them.

What a beautiful story Shanna. Darwin was so lucky to have carers like you & hubby. Great shot & beautiful lizard. I've never seen one before :)

One of my favorite skinks, they always have lovely personalities

Thanks for the story.