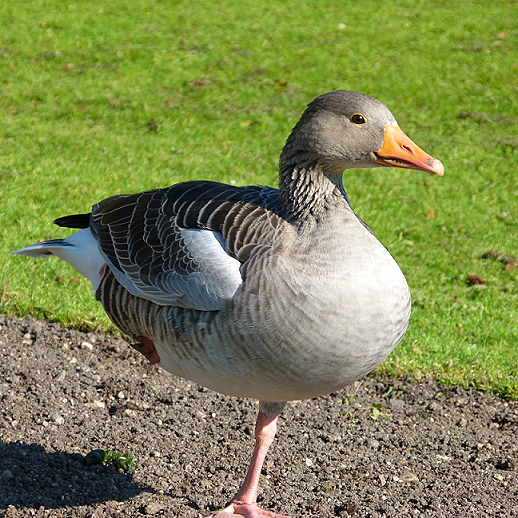 Within science, the greylag goose is most notable as being the bird with which the ethologist Konrad Lorenz first did his major studying into the behavioural phenomenon of imprinting. This species is the ancestor of domesticated geese in Europe and North America and was first described in 1758 by Carl Linnaeus in his Systema naturae.

Spotted on a walk in the palace gardens of the Nymphenburg Castle in Munich.