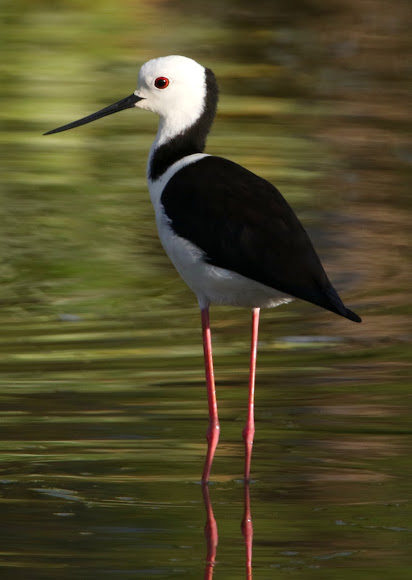 Feeding: Black-winged Stilts feed mainly on aquatic insects, but will also take molluscs and crustaceans. They rarely swim for food (unlike the Banded Stilt), preferring instead to wade in shallow water, and seize prey on or near the surface. Occasionally, birds plunge their heads below the surface to catch sub-aquatic prey. Breeding: As with other activities, Black-winged Stilts nest in small colonies; within these, the mated pairs strongly defend their individual territories. The nest may be anything from a simple shallow scrape on the ground to a mound of vegetation placed in or near the water. Both sexes incubate the eggs and look after the young.