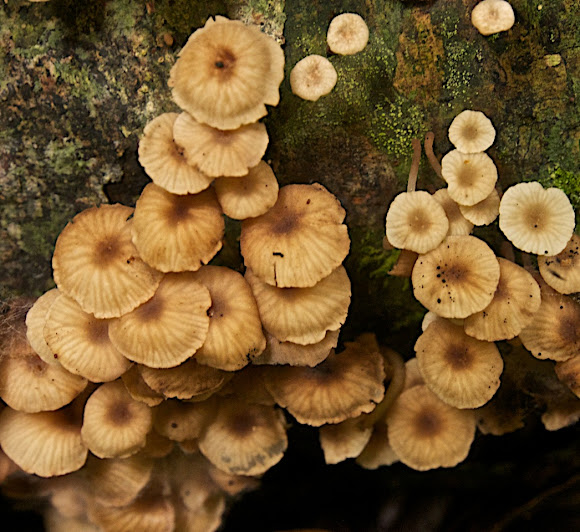 The Marasmiaceae are a family of basidiomycete fungi which have white spores. They mostly have tough stems and the capability of shrivelling up during a dry period and later recovering. The widely consumed edible fungus Lentinula edodes, the shiitake mushroom, is a member of this family. According to a 2008 estimate, the family contains 54 genera and 1590 species.

Growing from an old piece of wood marking the edge of a path beneath some trees, near the Lodge at Tikal.

Not for a very long time. Do you mean category? You already have it fungi. ?

Okay Mark, you win! Thank you... one question. Do fungi come under Flora?

You also went there, found them and decided they were worth capturing :-)

thanks Mark. Not sure that I did too much but point the camera, though!