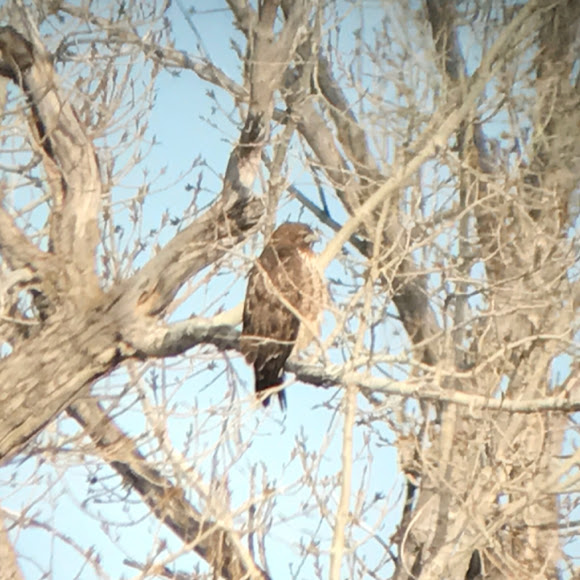 As is the case with many raptors, the red-tailed hawk displays sexual dimorphism in size, as females are up to 25% larger than males. As is typical in large raptors, frequently reported mean body mass for Red-tailed Hawks are somewhat higher than expansive research reveals. Part of this weight is highly seasonally variable and due to clinal variation, male red-tailed hawks may weigh from 690 to 1,300 g (1.52 to 2.87 lb) and in females between 900 and 2,000 g (2.0 and 4.4 lb).

Its preferred habitat is mixed forest and field, with high bluffs or trees that may be used as perch sites. It occupies a wide range of habitats and altitudes, including deserts, grasslands, coastal regions, mountains, foothills, coniferousand deciduous woodlands, tropical rainforests, agricultural fields and urban areas.

Taken during this years Christmas Bird Count in Cache Valley.