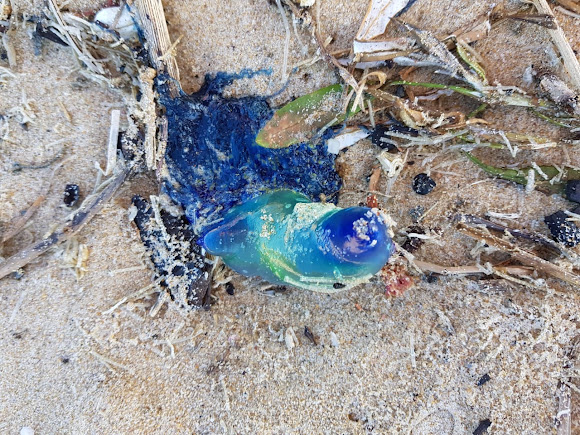 I found this common Blue Bottle on the beach at Eersterivierstrand in the Eastern Cape. Unfortunately it stung me. It took a while for the pain of the sting to decrease. They are also known as a ‘Man o’ War’. Genus: Physalia. Order: Siphonophorae.

Spotted by a stud ent at Glenwood House