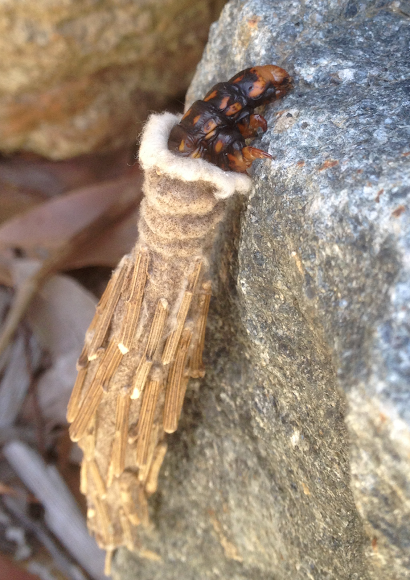 Saunder's case moths live and pupate in their silken cases which they cover in short twigs as they grow larger. The female remains in the case and has no wings, whereas the male grows wings and emerges from the case. Both sexes reach about 3cm in length and this case moth's case appeared to be about 10cm long.

Spotted climbing up and alongside a rock bordering a foot path at a South East Melbourne nature park that is plentiful in eucalypts.

This case moth was on the move heading toward the cracks between the rocks.

Please consider adding this and any other animal behavior photos you like to the brand new mission found here - http://www.projectnoah.org/missions/1384...

So yours are on the move too. Maybe it's going to rain.