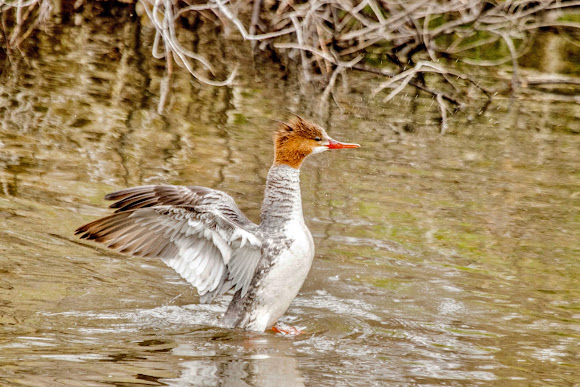 These are large, long-bodied ducks with thin, pointed wings. Their bills are straight and narrow, unlike the wide, flat bill of a “typical” duck. Females have shaggy crests on the backs of their heads.Adult males are crisply patterned with gleaming white bodies and dark, iridescent-green heads for most of the year. The back is black and the bill red. Females and immatures are gray-bodied with a white chest and rusty-cinnamon heads. From late summer to mid-autumn, males wear a nonbreeding plumage that looks very similar to female plumage. In flight, both sexes show large white patches on the upperwings (larger in adult males).