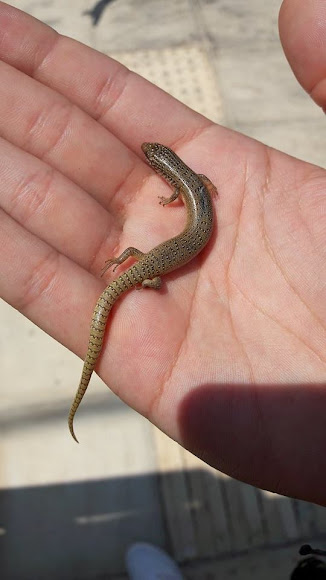 Chalcides ocellatus, or ocellated skink, is a species of skink found in Greece, southern Italy, Malta, and parts of northern Africa. It was found dead, by my daughters in Agios Nikolasos city, Crete island, Greece. Although the species is harmless and fully protected under the Greek law, a lot of people still believe that this skink species is venomous, so they kill it at sight. Probably that's what happened in that case too, since my daughters, Eleni and Sofia, they spotted it almost immaculate and at first they thought that they could rescue it, so they decided to collect it and save it. Unfortunately it was already dead...