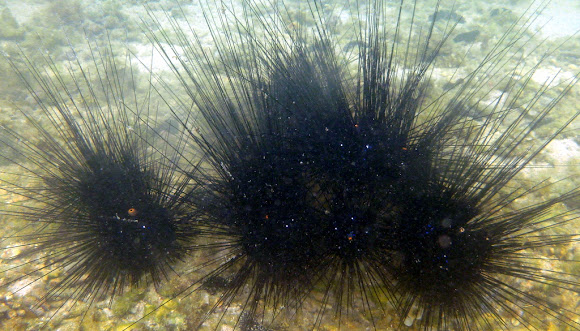 Sea Urchins have tiny independent venomous claws called pedicellariae that live in between their spines. They catch food but they will also detach themselves and float out and latch on to anything that is attacking the Sea Urchin; selflessly laying down their lives for their Urchin. … and as a Sea Star attacked, in between the spines of the Urchin, one of the claws spoke up, “My loving people. We see the shadow of the enemy approaching. We smell it in the water. Soon now, we will meet it face-to-face. I am resolved, in the midst and heat of the battle, to die amongst you, to lay down, for my God, and for my kingdom, and for my people, my honour and my blood” (also spoken by Queen Elizabeth l). The claw then detached itself and floated out to latch onto the attacker, pumping venom into it and heroically laying down its life to save its Urchin.