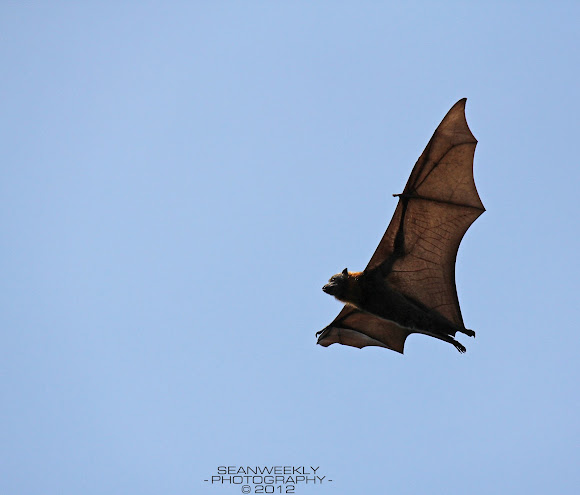 The grey-headed flying fox is the largest bat in Australia, It relies on sight to locate its food (nectar, pollen and native fruits) and thus has large eyes.

Grey-headed flying foxes live a variety of habitats including rainforests, woodlands and swamps.During the day individuals reside in large roosts (colonies or 'camps') consisting of hundreds to tens of thousands of individuals.

Really great shots Sean! Is this with the new camera? If it is we are all in for a real treat.

Thanks Lori and Lisa!

Awesome shots. I've only ever seen them at dusk, when getting a photo is a mite difficult. Well done.

the angle and pose is so dramatic

Ha ha Thanks Jackie, This was taken with my new camera today. You need to have your camera on a high ISO setting around 400 which will allow you to have a quicker shutter speed around 1250th of a second. And there we go.

wonderful spot! how does one even go about capturing a picture like this!?