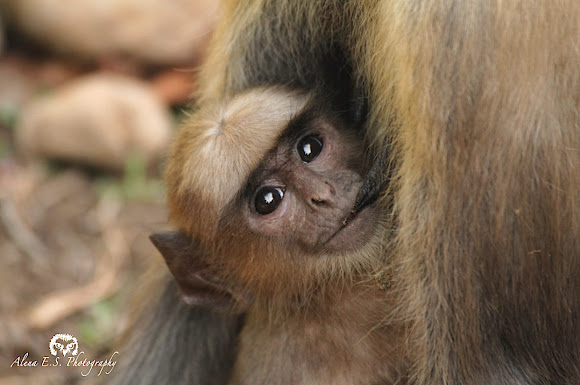 A shot from a series of a baby Northern Plains Grey Langur (a.k.a. Hanuman Langur) suckling at its mother's teat. I can't get over the wonder at the world reflected in those eyes!