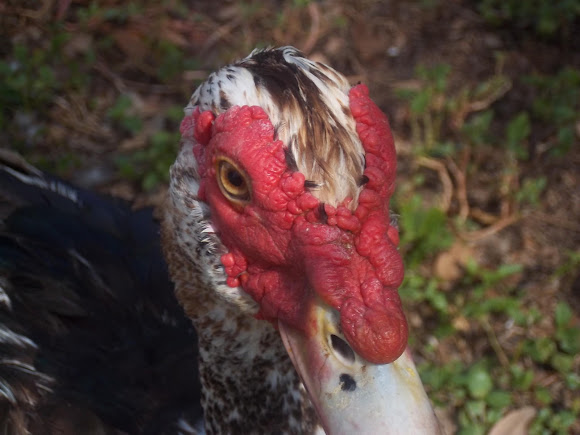 A large duck with a bright red facial feature.

Native to Mexico and Central and South America. Can also be found in the United States and parts of Europe (imported).

The muscovy duck is also known as a barbary duck, although that term is generally used to refer to a cooked muscovy duck, rather than a live one. These ducks are sometimes considered a nuisance, especially when they live in urban areas, such as the area in which I spotted these ones.