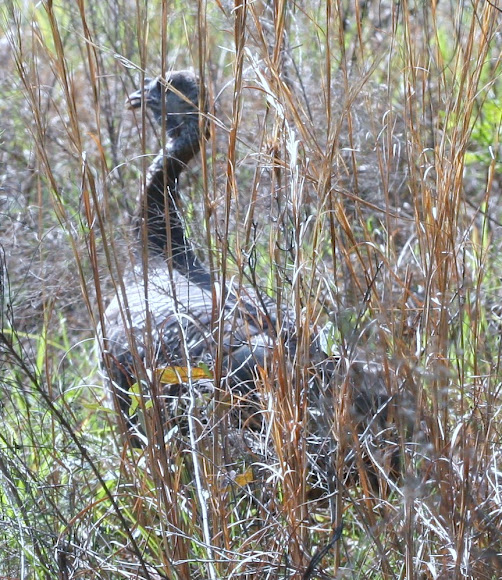 This subspecies (Osceola) is differentiated from the (Eastern) subspecies primarily by its darker wing feathers. The white bars on the primary wing feathers are narrower than the black bars and are irregularly broken.

The lone bird was crossing a pine flatwoods area w/ tall vegetation. It was fairly open of trees and had a scattering of Saw Palmetto.

This is one of several observed today on a County nature Preserve. Also many males in their colorful plumage.